FONT is a story game for 2 to 4 players. Each session is a stand-alone story, unfolding over 1 to 3 hours. Players take on the role of travelers to a perilous landscape called the FISSURE. These travelers seek a powerful place called the FONT, which can change their dying world. The characters in each game of FONT may be wildly different, but they are always driven by a shared purpose: a hope that their world could be saved.

FONT is a highly collaborative, GM-less game. It requires no prep, and the concise ruleset is easy to learn on the fly. During a session, players take turns introducing tests that the group encounters in the FISSURE. Another player then describes what must be done to overcome the test. This shared authorship over the dramatic beats prompts players to collaborate on the tone and pace of play, leading to a level of detail that makes the FISSURE feel more alive.

FONT focuses strongly on the inner life of characters and ties character development closely to the resolution system. Over the course of a session, characters are changed by the FISSURE, gaining marks that they carry with them. These marks may eventually end a character's journey, as they abandon their quest or even die. Players can take respite from the journey to remove each other's marks, creating moments of shared solace in a harrowing journey.

In order to download this game you must purchase it at or above the minimum price of $5 USD. You will get access to the following files:

I used this in a class for college students. Played a bit crunched in an hour and fifteen minutes, but they enjoyed it! There was some confusion over the descriptions of "our world," what the Fissure looks like, do we choose one fissure, are we just magically there, etc, but by the end, they were playing more smoothly.

For context, we had played Two Rooms and a Boom and For the Queen before FONT.

I played this game for the first time last night. It helped curate an absolutely sublime experience. The game is lazer-focussed and razor-sharp, with the word choices working perfectly. Highly recommended.

High praise!  So glad you enjoyed it.

Very eager to play it. One question: the Tests are resolved when at least one PC has succeded the roll, or all the PCs must reroll until they succeed?

Great question! Everyone makes one roll per test.  If you succeed, you proceed unharmed.  If you fail, you still continue on but you gain a Mark.  The only thing that stalls the progress of the survivors is if they all die.

I have seen people narrate this in cool ways.  You could fail a roll and describe yourself facing the obstacle decisively and competently, but walk away Haunted by the memory of what you faced.

This procedure is clarified a bit in the updated version we're laying out now.

Hi, I wanted to check when this version would be updated to match the updated version for the recent Kickstarter? Thanks!

We'll update this version as soon as PDFs go out to backers.  Currently revising layout for the new edition.

This game has some great vibes. I used it to supplement a game of Apotheosis and it meshed really well. It inspired some really great roleplaying while being very open and accessible.

Thanks for saying so!  I think FONT pairs well with a lot of other systems.  If things are going really poorly in your setting, send some poor souls into the FISSURE to see if they can bring things back from the brink.

This game is great. It is very small but filled up a whole night with my friends and I. The only thing I'd say is make sure you know the difference between > and < because we are all dumb gays and had it backwards for half the game...

Haha, thanks for saying so!

Glad you got the symbols sorted by the end of the game. :D

Thanks for saying so!

Font is a complex but short narrative game about going into a cursed place to try and save your world.

And I want to really emphasize both the words 'complex' and 'short'.

The rules fit on a single page, but they create a kind of mechanical and narrative intricacy that I wouldn't have imagined could be done with like 250 words.

And in spite of that intricacy,  Font is somehow also really easy to play.

Of course, if you're playing to win, you're doing a lot of trying to guess your teammate's stats based on context clues that other people have dropped. And even then, those stats change over time and are modified by every failed roll.

Font is kind of high-lethality, which is not something I'm used to seeing for short narrative games, but dead characters remain part of the story, and the game has a relatively compact runtime, so no one's going to be stuck in ghost prison waiting for the game to end.

Font also has pretty hefty-feeling rewards for successfully getting through it, and I think the experience makes it feel like everyone has earned them---even the dead characters. Part of this is because the stakes are the whole world, but the game also does an exceptional job at connecting players to their characters through the characters' losses.

Overall, I think I'm probably underselling Font. It's brilliant. If you don't already have it via the bundle, and if you like Wasteland or Metro or Annihilation, I am earnestly recommending you buy a copy.

Wow, thanks so much for sharing your thoughts.  I'm really glad to hear you enjoyed it.

@kumada1, would it be alright if I quote a sentence or two of your post when telling folks about FONT?

Of course! I'm happy if there's anything in the review that can help promote the game.

Thank you!  How would you like to be cited?  As kumada1?

We go dark with it sometimes, too.  This often happens when say that the obtacle to overcome is some internal crisis, or when the FISSURE is made alien and unnerving.  Glad to hear you enjoyed it!

Thanks for saying so!

I love Stalker, and I love Tarkovsky!

Thanks!  If you get it to the table, let us know how it goes. 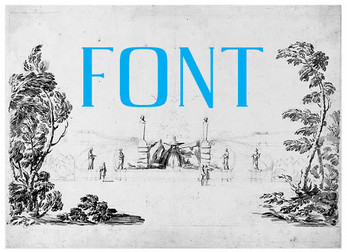